Chiropractic and the curse of self censorship 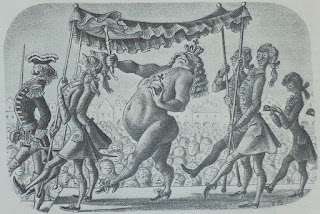 No one can seem to say the words 'Vitalism is dead'. We can say 'evidence based patient centred care', 'professional ethics', 'contemporary guidelines' and 'forward thinking' but no one seems to have the stomach for a simple fact, that the core of the problem in the chiropractic profession is philosophical.
It's most likely a vast understatement to say that only 20% of the profession are backwards traditionalists. We know that 20% believe a chiropractors only role is the 'detection and correction' of subluxations but what is far less clear or less openly stated by any proportion of the profession is why.

Why would a person be led to hold the belief (and employ the one dimensional and strangely religious or ritualistic language) that a chiropractors job was always, currently and for ever only single focused? Why would at least 20% of the profession believe that their principle aim was to see everyone on earth, cure the world 'one spine at a time'? Why is there a desperate need to see children in particular and families in general, for life?

And why does the majority seem to obsess about the need to avoid talking about it?

The reason subluxations are such a curse to humanity (so the narrative goes) has less to do with spines and far more to do with the supernatural. Subluxations prevent a god concept (traditionally called a Universal Intelligence) from reconnecting with a soul concept (Innate Intelligence). This accurate and evidence based diagnosis of our professions woes and obstacles is also best described by the story of the Emperors New Clothes.

In that story by Hans Christian Andersen, two weavers convince the Emperor that they have made a suit of clothes that is invisible to those who are unfit for their positions, stupid or incompetent. Vitalism, another word or label used in the attempt to claim visibility or reality for that which is not, is generally believed to be real by most humans. That is to say as a species we are easily led to believe that supernatural forces, spirits or phantoms actually help us explain reality. Within groups which claim to be keenly evidence based it is not at all unusual to find proponents of creationism, the specifically religiously branded version of divine revelation, cosmology manufactured by super beings as an explanation for everything you see and experience around you - including biology (you yourself and the public). Vitalism is another form of Intelligent Design, a term initially conjured up by religious groups when they failed to convince US Supreme Courts that Biblical Genesis be taught  as a science instead of evolution.

Evolution via natural selection is the worlds most despised scientific framework. No other field of inquiry attracts the vitriol of the faithful or the indifference of the majority as much as this. Try to equate it with physics or mathematics. Yes, people will always want to inject their superstitions into these but few call for bans of formula or theory or argue that it comes in multiple forms. Imagine math for one moment without theory or frameworks. The textbooks would look like increasingly complex times tables, and achievement would be based purely on wrote learning. Alternatively we might be allowed to use formula but any result could be true. 2+2 could equal 4 or 7 or 107 because the consensus would be that '+' and '=' were merely symbolic, metaphorical. "All of science is metaphor" was even a claim made by one highly regarded person in my own profession. Dr Ian Coulter, who held many senior posts over his career, was regarded as a philosophical expert and yet he appeared to have no robust epistemology. In other words all that could be said about the truth was that it was indeterminable in principle. And on the subject of vitalism he agreed that due to it's apparent popularity it wasn't actually dead. But Santa is also a popular idea among children. Does that make it true?

And, ironically, it's due to evolution itself. The philosophical implication of all discoveries but especially evolution is that the belief that humans are specially created by invisible father figures or mysterious forces (which have some type of human intention) is false. We could be technical and say 'falsified' but in practical terms it makes no difference. I could leap out the window whilst claiming that the best we could say about my coming death was that my ability to fly was 'falsified'. But we couldn't say it was false, surely. We couldn't say I was wrong, could we? Moreover the ability to speculate about 'invisible' things (what might that be that's making rain, storm, life and death?) is a cognitive trait produced by natural selection itself. Speculation allows us to 'fast guess', what has been labelled heuristics. But it also comes with significant bias. While intuition can be cognitively efficient and supportive of short term survival, it is highly prone to error and is not good at long term projections or reasoning (although it will certainly claim the opposite). Being careful and rational is a learned skill and all the while, from birth to death, one cannot simply switch off our very animal and blunt headed brain. We have to continually question what is often only deeply held and cognitively defended (confirmation bias) false beliefs. Vitalism(s) are such beliefs being as they are built upon pure faith thinking, confirmation bias confirming itself in one endless loop of epistemic unreliability.

Questioning vitalism, to say nothing of declaring it effectively 'dead' by contemporary standards (just as dead as hundreds of other superseded explanations (preformation, ethers, geocentrism, etc, etc)) cuts at the very core of human intuitions about what is real. But here's the rub. Professionals don't have rights, they have responsibilities. If we want the privilege to even mention the words 'evidence based' but we also want the right to wear an invisible suit and not have it called out as such, in other words if we want to have our own version of what evidence means, then how are we any different from the 20%? Are we not an even greater problem? How do we know that just not being a part of the 20% is significantly better than an indifferent 80%? The latter would appear, logically, to be a far greater problem.

What we appear to be doing is taking the obviously ridiculous and simpleminded claim that all humans are afflicted by exactly the same condition (life sapping subluxations), but in principle vitalism is another naive attempt to understand complex things. We even have evidence to support that conclusion. Children use vitalistic (intuitive and often supernatural) attempts to try and understand biology. It's endearing in children and dangerous in adults who are now at the reins of education, industry, professions and their regulation. Biology education is cut into through the clever use of omission. Any complex study of natural selection is just left out and biology becomes an exercise in wrote learning. The entire field, of which we are one product, is stunted. We literally choose to misunderstand both ourselves and the patients we claim to want to share 'evidence' with. And we do this for the simple reason that it feels wrong to question our own beliefs. It is much easier to do that which is acceptable to the group. It's no more complex than short term survival.

The result is to be satisfied with what we feel is a better choice than the 20%. But how are we to know what potential we are capable of if we refuse to admit that we are not wearing real clothes, that all we are interested is in protecting whatever identity we presently feel suits us. The criticism of the 20% is that they play mere tribalism. So what is the 80% if not just a larger tribe and just as prepared to shut down progress if it perceives someone to be doing things the 'wrong way'. Consensus always feels good but rarely proposes effective solutions. Instead it perfects new forms of inertia.

Even with the growing awareness of a term called the 'hidden curriculum' we cannot bring ourselves to talk openly about the suppression of science, of facts and evidence bases, because it is too socially divisive. So the hidden curriculum, tragically, becomes its own circular story. Ironically, again, this is easily understandable because evolution produces herding behavior. It manufactures the hidden curriculum as effortlessly as any withdrawal response. Even pain, a subject we love to think we understand is this complex emotional response to perceived harm, intuitive, biased, self protective. And yet the 'theory' used to try and describe the hidden curriculum is not natural selection, it's often a rehash of postmodern influenced social theory, more 'vitalisms', naive, wrong but oh so emotionally compelling.

Posted by Douglas Scown at 6:21 PM